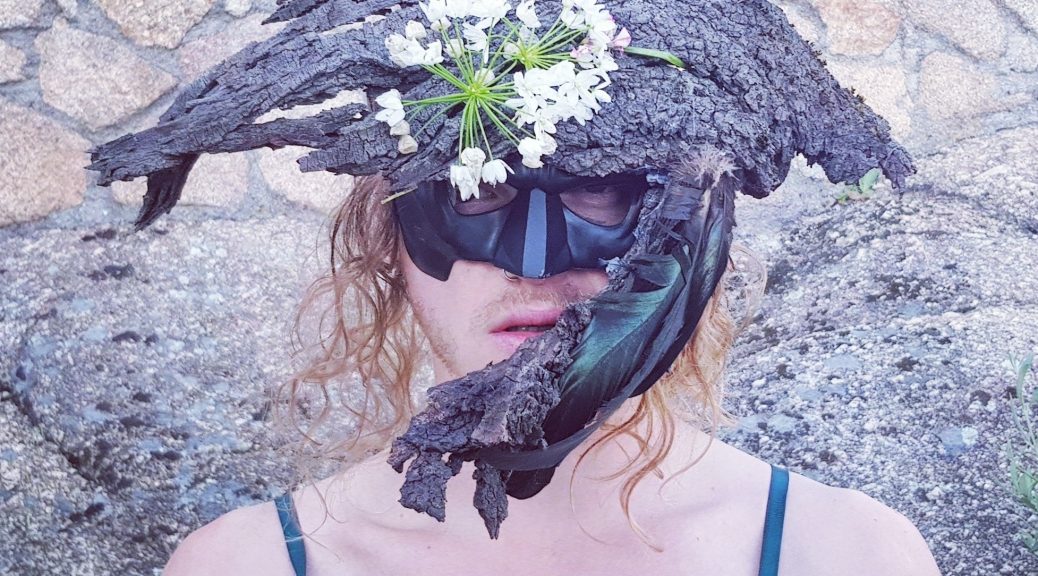 On leaving Brighton last June, I was full of bravado. Determined for a new chapter and challenge. Calling out to London and the next rung of academia, I was determined that this city in all its sprawl and corners; its chaos, capital and overwhelm, would teach me a lesson. Help me smash the plant pot that had become Brighton for the previous decade and revitalise me somehow – let me grow.

Probably naively – wide open and fatigued from the summer downloads of Folleterre and heartbreak of Berlin – I rocked up to meet her in my typical state of unpreparedness. All tentacles, no core.

In retrospect, owing everything to the wild resilience of other residents, who gave me shade in all manner of ways and allowed me to probe and curl new roots around the curves and cracks of this relentless, steaming slab.

I hit winter hard. Watched another illusion of encounter and connection whither. And set into a space nearly and then finally my own. Alone in the east, smoking and drinking too much and posturing in unhealthy ways around too much Netflix and procrastination, I burned out. Sank into chronic pain and scared myself of how unwell I can become. Popped up every now and again to talk to people about gut health – mesmerising them with northern articulation, anecdote and stand up. The download that leaves me depleted. Then went back to it. The lack of embodiment obvious;  ashamed to talk about healing in such a state of dis-ease.

Up until early spring, I was up for calling it a day. I think the thought of anyone close to me having to navigate the chaos of my material legacy after the fact was the only pacifier. The sun was a rescue at first if only in animation. Found myself wondering cruising grounds too early until I met myself. And that’s kind of where London took me – really deep into the pain that I think Brighton bandaged. Scared me hard enough that I had to look again at my shit. To look again at why for so many years I kept cycling through peak experiences to crash upon my arse lost and alone. This time, she gave me a place where I would be alone and then let me really sink into it.

After years of meeting my makers in folds of geometry; holding, receiving and pouring into heart circle, singing with frogs and puking into buckets; sweating in lodges, vibrating around fires and sucking cock in ritual – it was clear that yeah, I still had some work to do.

Part of that began at Unston Grange at the beginning of spring. Where after a long and deliberate hiatus from the Albion circle, I tentatively reconnected with the community. Momentarily bringing a bit of that shadow into the light of a relatively new format for domestic community. Away from the corridors of the castle and some of the trickier relating I find there, and perhaps a bit of the unprocessed shame and history of Avalon – here, there was a rhythm of community that spoke of home again. In both the silence and the stars, I felt held. And I went back to my lair in London in a kind of renewal.

In Spring I found myself co-facilitating a gathering in Portugal. Finally in that place of stone and lavender which had been such an online effort in shadow to help co-create. And I felt fully home again on-continent, in community and surprised myself at how boundless, connected, in love and strong I could feel. How accepted and accepting I could be.

At this gathering I brought the shadow dance – product of years of fantasising about this form of ritual – and watched through my mask, in awe; charged and connected in a way I’ve only known with the plants – as the community, initially apprehensive, responded. Lurching and moaning in shapes around the fire in honour of one of our most taboo, tricksterish, yet essential teachers. And then walking back into sanctuary revealed somehow. Honest. Open. Seen.

After having the opportunity to deepen my connection with a faerie at ADF, already known but not known, they said their goodbyes and gratitudes to me in the bathroom whilst I hid behind my toothbrush. But I heard what they said and it re-inspired me to the kind of heart I’m capable of. Later as I sat bare arsed on a chocolate and banana cake in no-talent, windmills gushing to my left on the hill – I felt the reminder of inner rest flow through me like I hadn’t in a long time. I’d come home.

Beltane was the ignition for self-love, clarity, assessments and therapy. And for the first time in my process I got some answers around why my experience in the world had been pitched the way it had been for so long. I saw very clearly who I could be and wanted to be in the laboratory of community and the work I’d need to do to brave that heart in the rest of the world.

Probing and manifesting those depths is never seamless though – and on leading upto some of the biggest medicine of the year, Pan Gathering – I wobbled. Felt the pressures of navigating the system in the city materially and reluctant to shift my focus to where it counts. But I went and arrived in the heart of a process where wild, free and naked in the woods I fully embodied the truth of my names in a circle of Pan revellers both old and new. Let my heart fully connect and worship another unconditionally. Fully knew my Libra in Venus. Re-calibrated on what I need in terms of romance and feeling in the collective. Renegotiated my polyamory – maybe even abandoned an aspect of my polyamory. Got a taste of where to go when I am cut adrift. Held space graciously despite my ram. Felt my power. Reconnected wholly with my spirituality through drum and rattle. Believed again. Heard the horse on the hill whinny at my private ritual at the ancestors tree – just like the first time, years ago. Felt totally the wisdom of my sisters and what they mean to me when I reach out and allow.

In that gathering I heard such profound poetry and meaning and fully understood the experiential nature of our culture – our profoundly oral tradition. Breathing in medicine for the heart in whispers and eyes, like silk parcels through the letterbox of my soul. You can’t write these exchanges to their full potency. You can only be there to be transformed.

Despite a few closing thanks – this is where my piece initially ended. I hesitated at posting at first because of the more raw truth in the struggle. But also, a technical issue with the website came up and I couldn’t get in to post. So I kind of sat on it. Almost forgot. And then Queer Spirit Festival happened and in retrospect, I couldn’t have really said what I wanted to say without it.

Any of the community close to me know that I’ve had some political misgivings about the impact of the festival on faerie culture. The groundswell of new energy and the challenge it brings for the sensitive transmission of our cultures and ways – and for those negotiating and finding their space in our folds with their own histories, experiences and boundaries. The energy it takes to grow, rather than tend. But more personally, community is a delicate web for me where I feel trust through being properly seen and understood. And despite the excesses of Fish Wife, Octopus is a creature of solitude or at least, of a tight nest.

But in the spirit of the medicine this year, I showed up. And I was moved.

The faerie encampment was such a profound healing experience of a circle within a circle – from where I could stretch out, dance, laugh, feel, touch, taste, fondle and fuck with this enormous and beautiful sodden love nest of queer hearted beings. I was honoured to serve the high priestess GayLove in assisting in the sacred sexuality temple; where I saw the most radical visions of queer utopia in action. The full spectrum of gender embodied in the play-fighting, foreskin stretching, cunt sharing, pain meditating, queer orgying ecstacy; which spoke to me of a true and honest scope of our boundaries and readiness for evolution in the co-creation of fundamentally queer places of spirit, play and worship. Both sober and messy, I found and felt profound love in that place. It dawned on me after all of these years in community, what I don’t see or hide from. That we are fucking family. And it was deep – no prose needed. But also, that exponential broadening, deepening, spreading and sharing of our spaces is the work. And that I am part of it. Gratitude and graces, Octopus may have been a bit late to the party.

I am now in Berlin. Still riding the waves of QS and entering Virgo season feeling a bit like I’m being blown apart and filed into a different path. It’s bringing more truth, more clarity and a search for the future of me; of the love and the spaces I want to be part of and to create. It’s not that this isn’t without its bumps, retraction, re-entrenchment, old-patterning and a bit of mania-dusting – but it is what it is and overall, it’s promising.

And in that sense, dear faeries – this is a thankyou. Thankyou for saving my life time and time again. Thankyou for loving me. Thankyou for showing me a life that I am so blessed to live with you. Every year I am changed through you.

And while yes, I can curl up all tendril in my time away – not sure where my point of reconnection is, whether I can relate, or how to start over – I know that you’re waiting for me to begin the walk again. And that each time of holding your hands up and through it, I come back to myself more whole. More potent. More wise. That this dance never ends and that I still feel you in my hair, when I walk the other paths alone.

Other stuff by Octopus:

Breakups | A Call to Sisterhood.