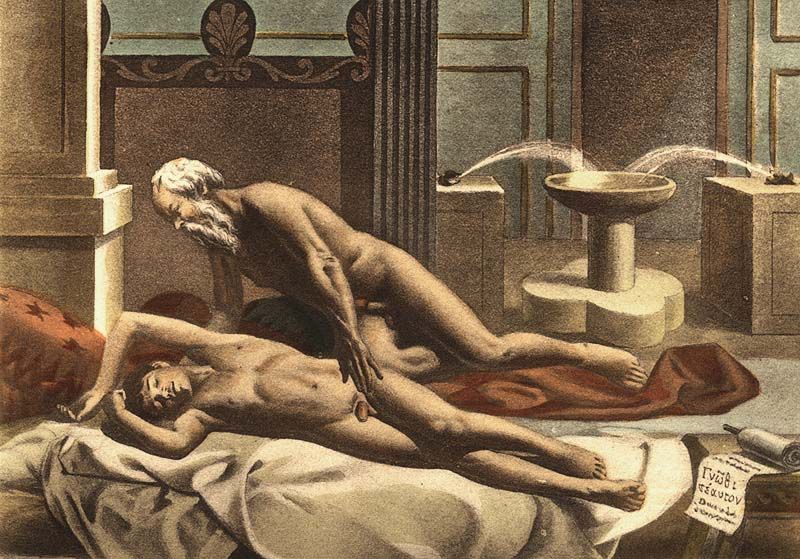 I am complicit in a pattern of behaviours that is toxic to individual faeries and our community as a whole.

I am complicit because I have at times fallen deeply into the trap of comparing myself to others, objectifying certain members of my tribe and not speaking up when I witness the behaviours in those around me.

Within this piece I do not seek to shame or to judge, although many times I find these behaviours embarrassing or infuriating. Partly my reaction is on behalf of others, partly it presents a reflection of my own past conduct.

This is offered as a call for change. I know change is often difficult, costly or painful. Some will react with anger as they read my words, a few may nod in recognition, perhaps one or two may even find themselves reviewing their own gathering etiquette.

Whilst visiting the most recent gathering at Paddington Farm in Glastonbury, I found myself in a room surrounded by faeries, although I was present as a Sister of Perpetual Indulgence at the time. I often find the role of the outsider gives a perspective that is revelatory.

I saw and heard behaviour patterns I have seen time and time again in faerie space. The same issues were present 2 years ago when we had so much trauma and division. I had hoped we might learn and change but we didn’t seem to address one of the underlying problems.

Middle-aged cis white gay men, like me and including me, commoditise youth. Some of us (“not all” I hear the cry and respond “no but far too many”) base our own sense of worth and our social standing within the community by how young, pretty and new the faerie is that we are seen to be frolicking with.

Outrage! Of course. It is outrageous. It’s ridiculous that an intentional community who speaks so much of coming home, of tribe, of not being like the other, Grindr-loving queers, should recycle and promulgate such toxicity among ourselves.

Whatever happened to the idea of subject-subject consciousness? The notion that we sought to exist in kinship and harmony with each other? That we respected each other’s uniqueness and gifts as a queer person, not just their value as an object to elevate our status amongst others who similarly objectify them? Harry Hay spoke of the natural inclination of queer men to be not killers and fighters who “seemed to want to celebrate their Brothers rather than to compete with them”. When we read those words do we even recognise ourselves any more?

Sometimes I look across the room and I can almost hear the transaction in my head as an older faerie gently places his hand on the lower thigh of one 30 years his junior and in his inflections the dialogue flows “you’re obviously deeply spiritual”, a little too practiced.

Or the hidden revelations given by another when nobody is around to hear that their spirit guides told them they would have a lover matching the same description as a newly minted faerie almost 4 decades younger.

The use of woo as a tool for seduction of other members of our tribe distresses me. Its twisting to enable seduction and subjugation is abhorrent. The delight in sharing ideas and rituals, of empowering and raising each other instead becomes an area of mistrust and confusion.

Wisdom of astrology becomes a set of mystical edicts from those with hidden arcane knowledge, set up to entrap the unwary.

At times I find myself questioning if I judge too harshly, regardless of the faeries who share their experiences with me, or the evidence of my own senses.

I remember my own mistakes and missteps, the damage I have caused and will no doubt cause unwittingly in future.

I remind myself that what is acted out in this sacred space is a result of trauma. We don’t talk about how it feels to grow older. To survive those who never will. To become invisible in our bars and clubs. To feel increasingly isolated, afraid and somehow lacking.

This isn’t everyone’s experience of course. Some delight in the role of the silver daddy, of discovering new ways of expressing themselves.

Some find comfort in their accomplishments and in their wisdom.

But some are desperately scared of no longer being desireable. We use gatherings as dating pools rather than opportunities for our own growth and development, let alone connecting to other men in platonic loving ways.

I watch complex, fascinating, talented men ignore opportunities to connect and nurture their community as a whole because they are obsessed with pursuing significantly younger men. The skills and insights they have are cast aside in their ravenous pursuit of their physical ideal.

As I say, I am complicit. I am one of these men. Although I have never had sex with a younger faerie at a gathering (except one instance where I was already in a relationship with them) I have found myself competing and I hate it. The process demeans everyone involved. It reverts to subject-object unconsciousness. How could it not do damage?

And I too have applauded and cheered as the most pert and youthful have been paraded at an auction to the howls of older men. That plays into the same culture too.

So what can we do?

Maybe we be more open about how it feels to be present in inter-generational queer space. Maybe we have some personal boundaries in place or share an intent to focus on our own gifts and journey and hold ourselves accountable. Perhaps even invite others to hold us accountable too. Wouldn’t that be a big hit of vulnerability and trust right there?

The crux of subject-subject consciousness should be mutual support and equality of power. We are perfectly capable of this but it doesn’t always serve the ego. So maybe we could prioritise consciously spending as much time with older faeries and getting to know them. Cause let’s face it, we’re all older faeries to someone.

Reach out to each other rather than offering reach-arounds. And there are issue of consent and coersion, as well as personal responsibility regarding sexual health that should to be addressed too. But I fear there are few who do have read to this end now. Many who have dismissed it.

Maybe we could engage back into our core tools. Heart circles help us to practice listening to everyone regardless of youth or appearance. Maybe we could share our fears and be there as silent witnesses for each other.

I would argue that we have a responsibility to ourselves and each other, to nurture and protect our tribe. Even from ourselves.