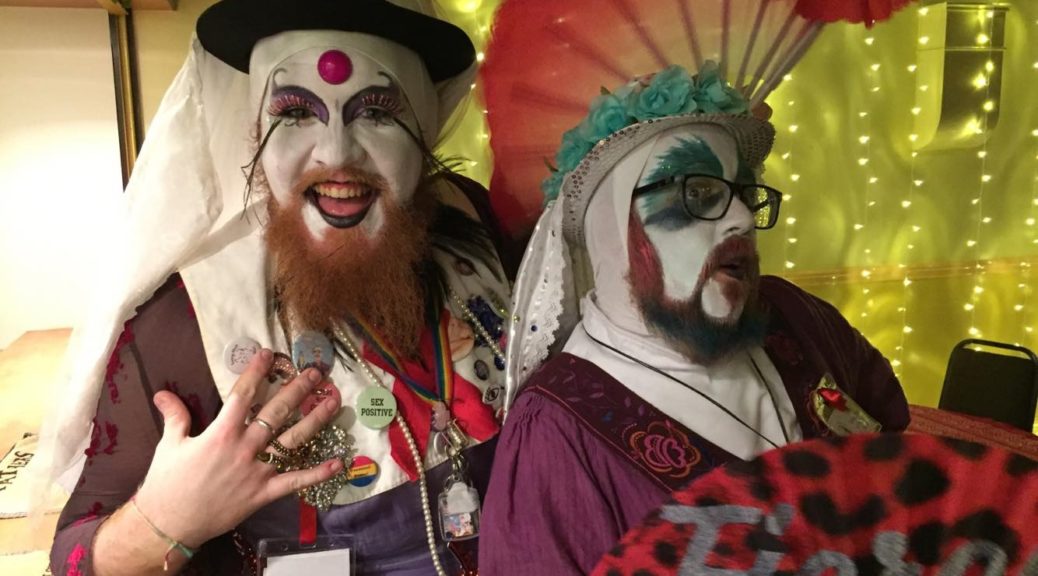 I found myself in a music circle last night, feeling compelled to murder the above Shaun Colvin song as acknowledgement of the anniversary of my leaving last year’s Imbolc gathering and the changes in my life since then.

Immediately after last Imbolc I made the painful decision to break up for the final time with my ex-fiance. Faced with a flat that reeked of loss, a job I could hardly tolerate and a city full of memories, I hatched a plan to escape and relocate (with considerable help).

Now a full solar rotation later I am in a different country, a different job, I have less stress and I am a Novice within the Order of Perpetual Indulgence. My life is full of new people and renewed purpose.

I had plans to help facilitate the current Imbolc gathering at Paddington Farm alongside some of the team from last year. As the date grew close and discussions began it felt progressively more frustrated and at odds with the process, so I bowed out and encouraged another to take my place.

Instead I concentrated efforts on my new local community. Alongside my good friend and fellow Sister I helped at the Community Christmas Day Dinner and threw myself into manifesting in Bristol and Glastonbury, handing out condoms and lube, delivering a speech as part of the World AIDS Day or writing profanities in glitter onto shiny festive baubles.

Time passed as it does and one chance encounter led to a discussion with a local publican about putting on a queer cabaret night here in the heart of rural Somerset. The Ministry of Martha was born.

In the meantime I began to share some faerie processes and ideas among my fellow Sisters of Perpetual Indulgence. They took well to hissing in circles, they wanted to hear of the magic of queer empowerment, asked about spirituality within the context of sexuality.

All this culminated this week in pulling together an astonishing event here, where Faeries, Sisters and locals mixed, laughed and played together and raised funds for each other including a new LGBTQ youth group in Glastonbury.

Our 5 Sisters were graciously welcomed to the gathering space just outside town and after a brief sleep we walked together to join the Imbolc celebrations at the White Spring and Chalice Well. Sisters and Faeries also ate together and talked a lot, found common ground and opened their hearts in circle.

It has felt like reuniting lost relative tribes this week. Sisters honour their origins that lie with Faeries and the fact that one of their founders, Sister Soami (aka Sister Missionary Position) is still living in Sanctuary space on Short Mountain.

We have much to teach each other and I am blessed to have seen the best in both organisations this week. Oddly enough I have felt more valued and able to contribute at a Faerie Gathering as a Sister than if I had stuck it out and been a Gathering Organiser.

There are challenges here still for me, whether those reveal themselves through discussions around conflict or flickers of jealousy at some of the beauty all around me. New faeries to meet, reminders of happy loving times with past lovers here, the heartache of missing those who have passed through the veil. Familiar rivalries, old behaviour patterns, recalling schisms past and feeling their repercussions still.

Also being on the farm only part of the time, just enough to host an auction and a midnight heart circle or help facilitate a workshop on being a Sister, has been disconcerting. But I think I have become a better Faerie by being a better Nun. Perhaps those in combination might help me be a better realisation of myself. Hell, at least I know by now where spare blankets and towels can be found.

Everything is different now and some of it is even making sense. Blessed Imbolc everyone. You are loved.