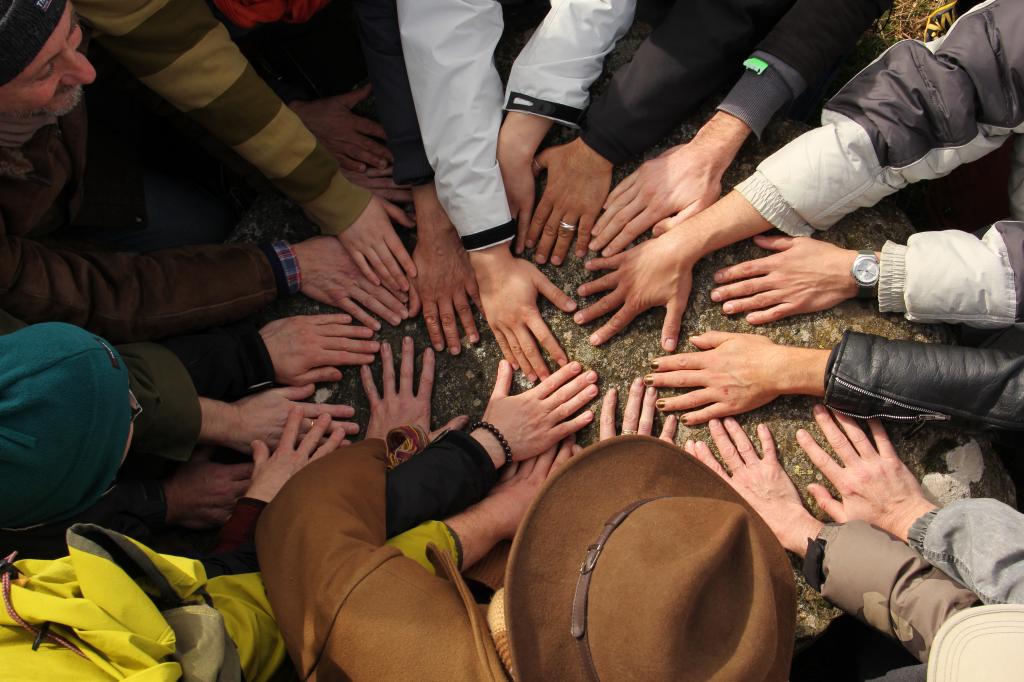 Every now and again things align beautifully and disparate patterns coalesce to form a path. For a precious moment things make sense and we find an empowered sense of peace. We find the balance within; we resonate with the magic around us.

It was a cold February evening in Scotland (is there any other kind?) and I was travelling to St Andrews in Fife with one of my dearest friends. A few weeks earlier I’d learned that Panti Bliss, the famous gender discombobulist and gay rights campaigner was to give a talk at the University there and I eagerly booked a couple of tickets.

There’s something else in the town that bears the name of my country’s patron saint: my little brother, who is a student there. We share the same father as a genetic anchor, though we are both emotionally unattached to him. He is half my age, lives with his girlfriend and only learned of my existence a few years ago. I tracked him down last Summer online and we’d chatted online but never met.

So on the day I was off to see Panti I logged into Facebook and discovered it was my brother’s birthday. Since we had been denied the opportunity of knowing each other, I forgive myself for not knowing such details. Shaking, I messaged his girlfriend and asked if she thought he’d be interested in meeting that night. Just before I finished work for the day she replied with the go-ahead.

On stage that night, Panti exceeded all expectations. A heartfelt plea to the young queer kids to explore and celebrate the gifts that come with their otherness was mixed with humour and a story of how she met Madonna at a funeral. The talk itself augmented and fuelled the things I know as a Faerie – that we are a tribe, there’s a purpose to us being here, that we are blessed with the ability to engage in our own forms of transformative magic.

Before catching the train back to Edinburgh, my friend and I went to meet my brother and his girlfriend. After an initial awkwardness and then 40 minutes of my storytelling mode (whilst my friend did her best smile-and-nod-to-reassure-everyone-I’m-not-going-to-pull-a-knife routine) there was much hugging and general loveliness and barriers were broken down.

The train journey home was a deeply reflective 80 minutes. My friend, the most patient person I have ever known, said I could talk the whole way home if I wanted. So I did. I expressed my excitement and joy, my fears about this important step in building a relationship with a sibling, after us both being separated as only children.  I clenched my teeth in anger that our father denied us the option of knowing one another. I delighted in the notion that we had both escaped that solitude imposed upon us, as if we had been prisoners in neighbouring cells, never speaking or seeing each other, yet conspiring through facebook notes to break out of the fortress of his emotional repression we were captive within.

I turned to my uncomplaining companion and told her how blessed I was. How my own otherness had sparked my search for my own vision of spirituality, how being a Faerie gave me the chance to connect with others of my tribe in the most astonishing ways, deeply and honestly. How lucky I was to have the words available to me to express myself and to question familial power structures that are toxic to me. What did my little brother have?

My long-suffering confidant looked at me right in the eye and said “He has you”.

And everything came into alignment. The pattern began to form in my mind.   It was the web of Faeries I know and love. It was the gift they offered freely, without the expectation of conformity that my estranged patriarch demands. Love and connection are the gift and they are what I can pass on, what I can teach my brother and learn from him again in turn. This is part of the Work too, taking the magic of Faeries back into the mundane world, sowing the seeds, waiting for wonder to shoot up between the pavement cracks. For one shining moment it all made sense and I was at peace, having passed through the anger at years wasted.

As the train moved us ever on to home, as I sat with my dear friend who was practically manifesting Kwan-Yin herself at that point, I indulged myself in naming some of those Faeries who have taught me of brotherly love, in between whatever ramblings. Even though the names meant little to her, she smiled at the tears in my eyes as I spoke, and the obvious affection name evoked in me.

They helped teach me about speaking from my heart, staying connected, returning from conflict, puppy piles, listening to others’ hearts, being playful, wearing a dress, accepting touch, not being fearful of other men and that a new heart-connection is just as significant and impacting as any other. I hope I honour their gifts as I in turn pass them on to brothers of the heart or of the blood (and heart-sisters and non-binary siblings too). Wherever we go, in or out of Faerie space, or each others’ lives, or to other countries or planes of existence, we are connected in a brotherhood. If not a circle, perhaps a spiral of loving companions, throwing one arm out to the cosmos and the other back to itself and each other.