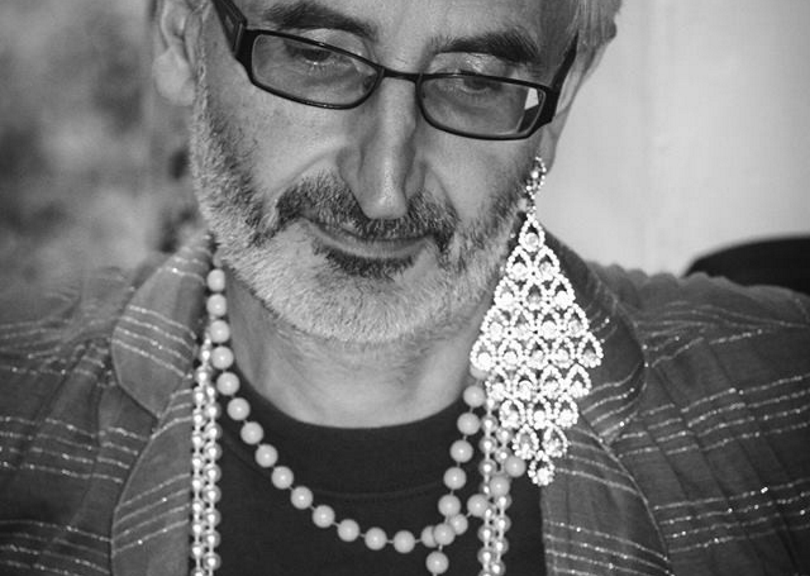 I’ve been doing some writing trying to put into words how I feel about the recent blog post
Part of it is that I really would like to be listened to and seen by male faeries as I am, and it be appreciated I may not represent and speak for all women
I feel as though to be seen in the group of ‘women’ all the time is something I have found limiting and quite scary throughout my life – hence why I became queer!
To go to an inclusivity circle and be there as ‘a woman’ is a pretty scary thing and having a bunch of men ask themselves ‘what can we do to protect the women’ is also pretty scary
I am also not an ‘essentialist’ when it comes to gender. I recognise the impact of sexism and think it had a massive impact on what happened at the gathering
But I also think it is really not something we should be too simplistic about, e.g. from now on women are really vulnerable to this and men aren’t, therefore attributing certain fixed characteristics to people’s genders
Because to me being queer is about accepting diversity in gender, yet I heard some pretty essentialist views about women in the faeries. That when women express some dominating qualities they are being masculine ,or men are being feminine if they are submissive . I personally just think we are being ourselves, and men can be passive and women can be assertive, whatever!
I am so used to losing freedoms to be myself in a space as soon as people start clinging to gender definitions and men start trying to be heroes
I’ve been lashed out by so many men treating their role as protector of me as a woman as an ego boost who then attack me when I don’t show my appreciation for them by acting like (their view of) one
That is what is making me quite uncomfortable to join in discussion ‘as a woman’. I don’t want to be labelled as a transgressive or subversive woman if I don’t say something typical
I don’t want other people taking the ‘woman ‘identity and putting it on me when I want to define who I am as a woman in the space, not be part of some collective mentality
I am also feeling like these issues should not just be seen as women’s issues within the faeries. We all should be concerned about any group or individual experiencing abuse or being victimised
Personally I feel strongly I do not want the male faeries to ‘protect me’ I would like to define how I protect myself in the space as a person not play a role for the male faeries to protect
That triggers off all kinds of things for me

Hi, I feel like saying that I don’t feel safe in a space where men expect me to have a ‘heart circle’ with someone whose behaviour instantly reminds me of one of my abusers. I have twice been a rape victim and experience post traumatic symptoms I do not come to faerie gatherings to be part of a triggering psychological experiment

After “John” was asked to leave I listened to two days of conversation of empathy and compassion for him and his behaviour, and when it came to the impact on the women was told briefly ‘it was just inappropriate behaviour’. I was told no one was harmed, and he really wasn’t all that bad. I did not hear anyone express any concern for those who might not have felt safe. Only what a shame it was he could not have stayed so he could have been helped.

When I raised a conversation I had heard with someone else, I was told you can’t possibly have heard that in faerie space, and names were demanded I had men demand I tell them what John actually said and did when I didn’t feel comfortable to.

People said it was just women’s lower sex drives or John bisexuality or sexual confusion that was the issue. When I contradicted this as a bisexual and a woman, a man told me ‘myself and another man had this conversation and this is the conclusion we have come to’ – end of conversation!

I heard John having conversation with his partner rating the women at the gathering, rating me, and selecting me as a target for his behaviour.

I also overheard conversation with two male faeries about him describing how he met a girl and she only wanted a hug, and how he said “come on ..”,and expected her to sleep with him, and he was bragging about how this girl should have wanted it and couldn’t accept how she didn’t. And trying to recruit faeries to go out and find a girl to bring back for sex

Told that it was unfortunate he had to leave

I couldn’t enter a room while he was there, and most of all was scared that if he approached me and I rejected his advances, and he continued pushing….

If I told the men at the gathering but they would not understand and insist (as they did) that he was just clumsily trying to make his feelings known, and if it was triggering emotions in me perhaps I need to deal with them (as I have been told many times)

I’ve been told over and over again John is someone they had empathy with, because like all of us he just wants sex but uses inappropriate language like pussy and we need to see past the language used

Over and over again when upset and angry I have been talked down, told it is my personal issue I need to deal with in faerie space that I am triggered. That I choose the way I want to see things. I found whenever I was upset or angry I felt treated not like a victim of abuse who felt unsafe but a woman getting herself all worked up over something insignificant I should ‘get over’, and men wanting to win the intellectual argument rather than showing any empathy with how I might have felt

I’ve been told it is not a safe space because women cannot expect to come to gatherings and not be triggered. That should not be a reason for men to use to say men who behave inappropriately towards women should stay to be ‘healed’ Or that men ‘s judgement over how I heal from abuse and feel safe or respond when I am not feeling safe should override my own

I am very concerned angry and upset about people feeling more concerned about proving their ability as men to heal others, and demanding what experience people should have or emotions they should express when experiencing aggressive behaviour or violence. That this ability has become more important than acceptance of those who have experienced it.

I just needed to express how I felt

I’ve had some men express that they feel ‘inappropriate touch’ and ‘harassment’ is a more ‘normalised’ part of gay male culture than hetero culture, and men develop tougher skins

Which I find concerning on several levels. To me it was clear the behaviour at the gathering was predatory behaviour and involved an individual not respecting the consent of others

I object to the word tougher skins. Its particularly irritating in that I spent the last two years working with people with disabilities two of whom are gay / bisexual men who were abused as children. The consequences of this are quite evident psychologically and in relationships. They are vulnerable men and I would not say they have tougher skins

I find it quite insensitive; people of all genders might have situations that make them feel more vulnerable or unsafe and it should be OK to address that

And if touch without consent or ‘harassment’ is a normal part of gay culture does that make it ok?

If it’s normalised in culture for those who haven’t processed trauma I can’t imagine that it helps much.